Skiers around the world are realizing that ski boots can now be comfortable and perform well.

Park City, UT, August 14, 2014:  Surefoot is the leading ski boot retailer in the world and as such, has resources that most ski boot retailers don’t. Specializing only in custom ski boot fitting for the past 32 years, fitting tens of thousands of feet per year from all around the world and tracking data on every foot worked with, has given Surefoot knowledge of feet and their interaction with ski boots that is unequaled in the industry. It is these resources and a passion for making a difference in the world of ski boot technology that led to the development of the Contoura series of custom ski boot liners.

Although an integral part of the new Surefoot Custom Ski Boot, the Contoura  X4, X4 Pro &C2 liners can also be used in your current ski boot shells to make your old boots feel new again. Hailed as the most versatile upgrade out there for any brand or model ski boot the Contoura liner replaces your old generic liner, providing a fit just for you. The liner is the part of the ski boot most people over look but is arguably the most important part of the boot. Its job is to support the foot inside the hard plastic shell, allowing the skier to push against the shell without hurting, not an easy task. Generic liners try to achieve this by layering different densities of foam, attempting to come up with a design that works for all feet. Surefoot takes a different approach. Like a well-tailored suit, the Contoura liners are manufactured on site, to your specific measurements. A Surefoot technician takes computer generated scans of your feet and with the use of a CAD-CAM milling machine, mills the exact dimensions of your foot to produce an orthotic specific to you. With the orthotic supporting your foot in the proper position, the custom liner is then injected with a Polyurethane foam that surrounds your foot and creates a soft, comfortable liner exactly to the shape of your foot.

The new Contoura X4, X4 Pro & C2 liners are the perfect blend of modern lasting and technology, creating the most comfortable and best performing ski boot liner ever brought to market. The Contoura X4 builds on the heritage of the X series liner for those looking for the ultimate combination of comfort and performance. The X4 Pro is tailored for those who demand a bit more from their boots, with a new super strong inner material and lower volume outsole, the X4 Pro is perfectly suited to high performance skiers that are in their boots more than 100 days per year. Designed around the success of the C1 liner, the new  C2 was created to give a slightly more relaxed fit in areas that many less aggressive skiers need. A slightly softer feel all around allows more forgiveness when not in the optimum ski position and the lower more sculpted cuff & tongue gives more breathing room in the calf area. Ski longer, ski better and ski comfortably.

Whether you are an entry level skier or a World Cup athlete, the Contoura line of custom Ski Boot Liners offers the comfort and performance you need. Visit a Surefoot store near you or visit www.surefoot.com for more information. 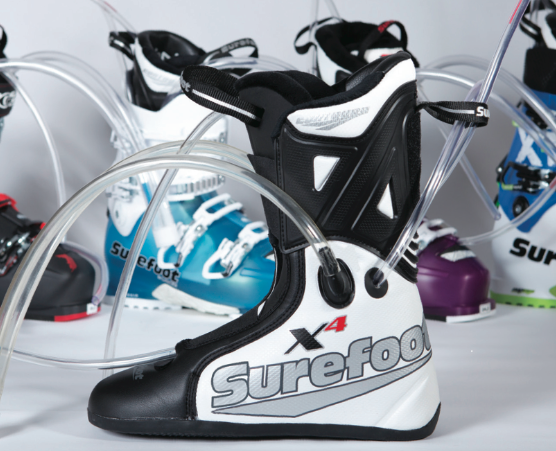 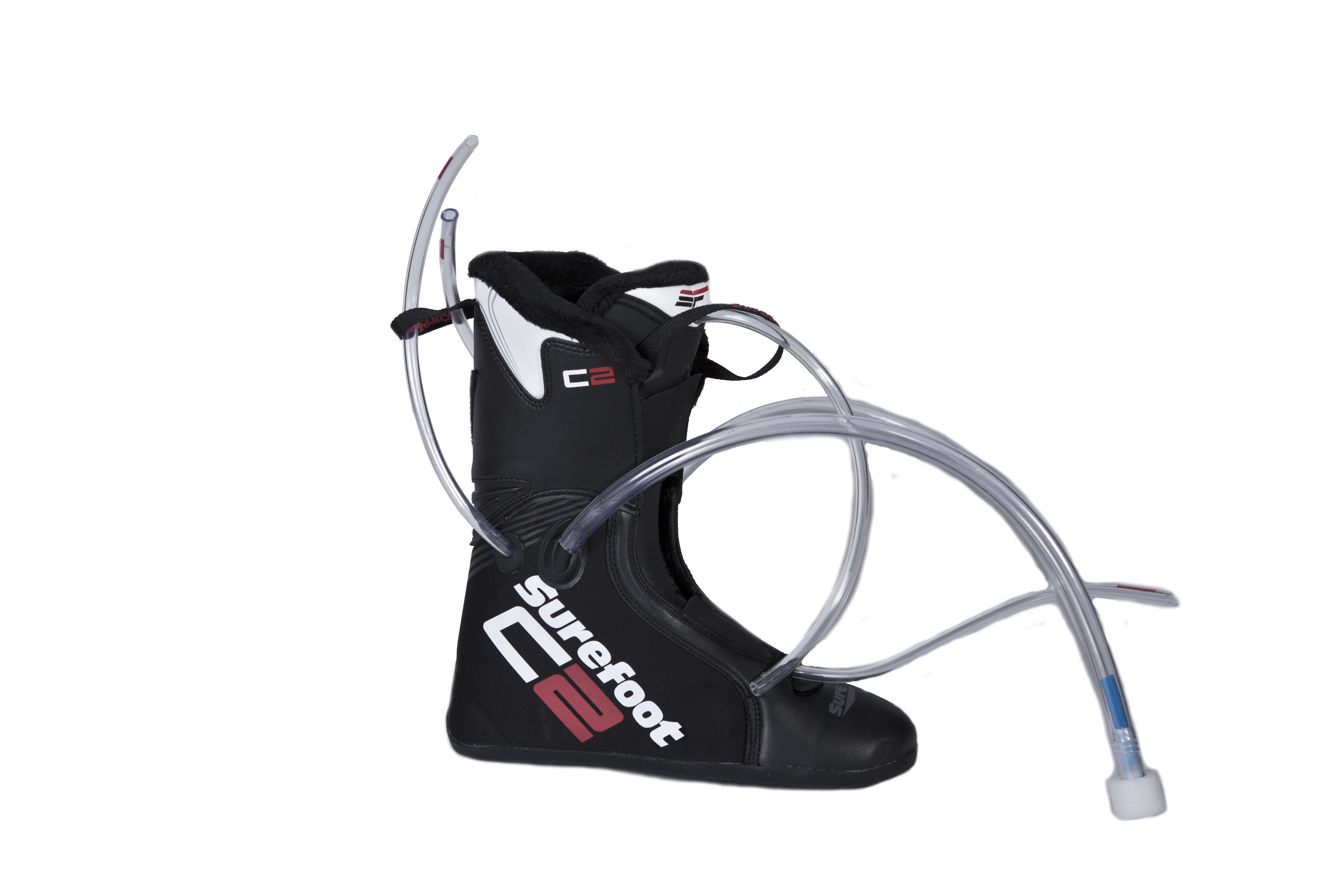 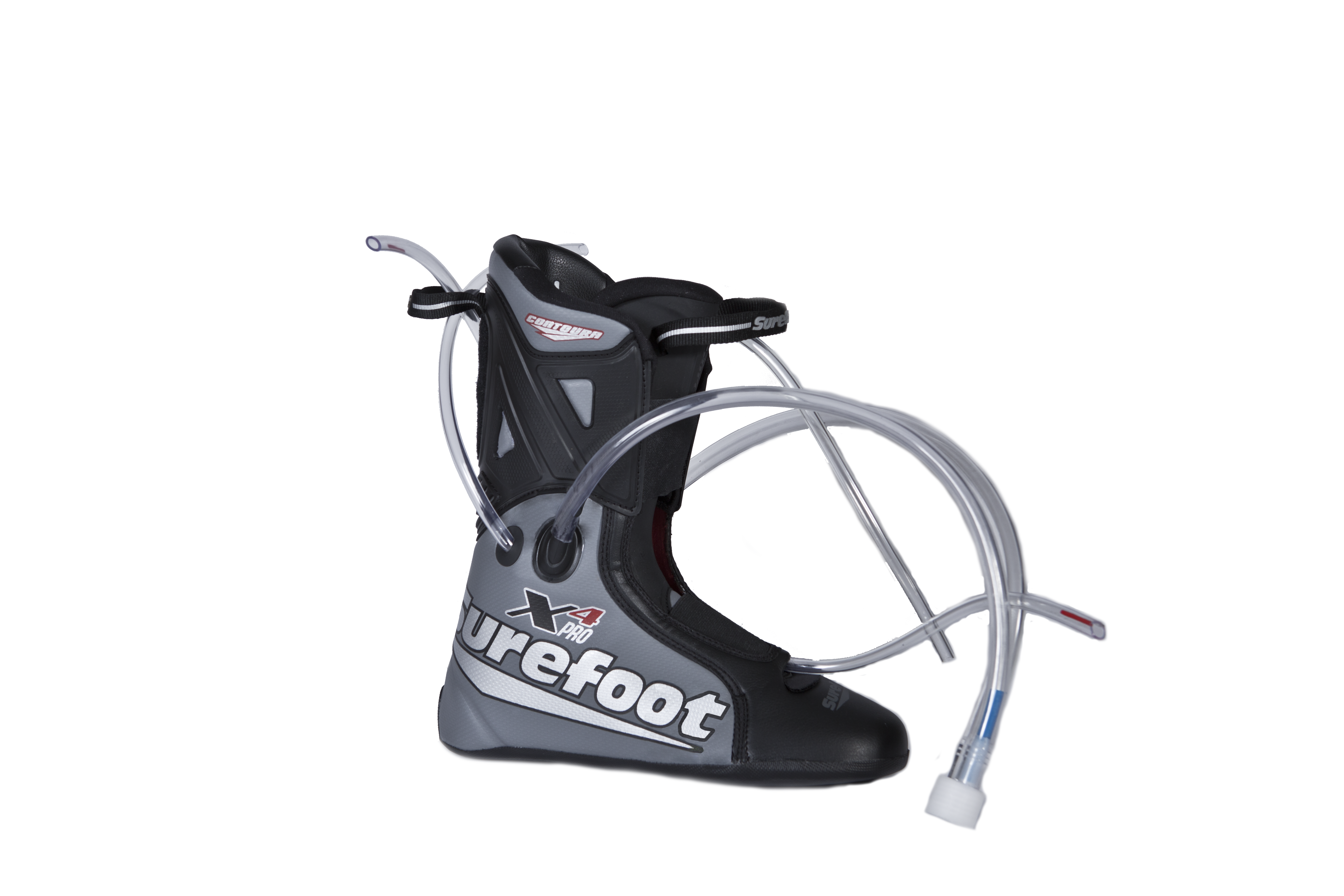 If you're interested in experiencing the difference a custom ski boot can make, you should come talk to us. Use the form below to find a store near you.